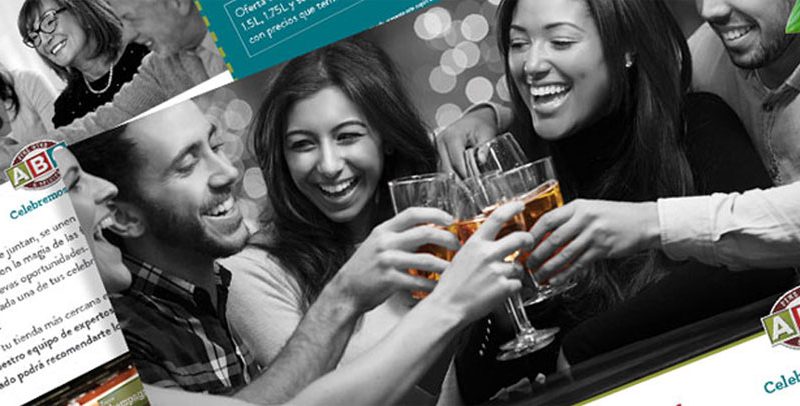 The original ABC Fine Wine & Spirits opened as a bar and package store in 1936. The family-owned and operated company has now grown to more than 123 stores from the Florida Panhandle to Miami with several more under construction.

While ABC Fine Wine and Spirits is the number one distributor in Florida, they did not have a strong brand awareness among the Latino community. Many of their direct competitors are making themselves more noticeable in areas where competition didn’t exist for ABC before. ABC was seeking to increase brand notoriety as the “go to” liquor store for the Latino community. To create strong customer loyalty, they needed to culturally connect on a more genuine level with the younger demographics (Millennials).

TGA provided exceptional, seamless in-store and online experiences so that every guest feels both personally and culturally valued yet satisfied with each interaction. ABC’s mantra is that they treat all their customers as if they were part of their family. Our goal was to bring that to life for the Hispanic community. We executed an omni-channel campaign with traditional and non-traditional media. Disseminating the new Hispanic campaign through digital and social marketing methods, radio, outdoor billboards, and direct mail.

The campaign was very successful and generated an increase of 9% in sales from the Hispanic community. ABC also incorporated bilingual signs in stores to cater to the growing Hispanic demographic throughout the state of Florida. One more time, cultural relevancy proved to be the key ingredient of success for this campaign, demonstrating that culture is more important than language at the time of execution.

We will bring you more.

Let’s ACTIVATE more consumers for you. Call us today at (407) 898-2409 or email at newbusiness@thegroupads.com

Keep up to date with the latest market trends and accolades from the agency. Fill out the form below.